Rangers clicking into place after first win as fixtures are revealed

Rangers clicking into place after first win as fixtures are revealed

From the press-box #6 – By Neil Winsor

THE release of the NCEL Premier Division fixtures, signals the start of the new season is not far away as August 4 begins to come into view.

Pre-season friendlies are great, but nothing beats the competitive edge of when the more serious stuff starts, pre-season in my view is more of a necessity, as results are largely irrelevant.

Everybody within football looks forward to the release of the fixtures, and the release of ours this past Saturday has thrown up some interesting ties early on.

We have four of our opening six games at Haworth Park, which can hopefully help see us get some points on the board early.

They have excellent wide players and are likely to be our toughest opponents in the opening six games.

Yorkshire Amateur then follow at Haworth and still on the high of promotion, will like ourselves last season, want to hit the ground running early in a higher league, especially if they have kept hold of the free-scoring Ashley Flynn.

An eagerly awaited home game with Goole falls into the opening six games, and they are a little unknown after coming down from the Evostik, so there start to life back in the NCEL could be interesting.

Albion Sports, were a side I don’t think we performed to our full potential against in both games with them last season, and we’ll look to do better against them this time around, whilst trips to Harrogate Railway and Garforth Town round off the first six matches.

They are two less teams in the NCEL Premier Division this season, whilst our furthest trip will be a 150 mile round trip to Penistone Church, a near 20 miles shorter then last season’s trek to Rainworth, which we was given on a Tuesday night, but the planning appears to be a lot better this season, something the league probably deserve credit for.

This coupled with us not entering this season’s FA Cup and FA Vase competitions, can help the squad focus on trying to improve on last season’s effort, which we all know, without the point deduction will have seen us finish twelfth.

Anything around that mark I think will be seen as excellent progress with such a young squad, last season, 55 points will have seen us accomplish that.

We’ve also seen a number of young lads given their opportunity in pre-season, and next Tuesday night sees our Under 19’s in their first pre-season friendly as a team for the new season.

They take on Malt Shovel at Sirius Academy West at 7pm, and a number graduated from this setup into the first team last season, which saw us field players like Reggi Waud and James Tullett.

Paul Mortimer and Paul Richardson who take the reins this season, will likely progress more talent from this pool of players in the next nine months and beyond, so this is an opportunity to see first hand their work.

We will be covering them heavily during the season, so there is a good chance to keep up to speed with some of these lads that I’m sure will represent the first team at some point.

Before the Under 19’s though, we have a number of events taking place, and after a successful third ‘Rangers Weekend’ last weekend, this Saturday morning will see us spruce the place up ahead of the new season for all of our teams.

This starts at 9am, so anybody able to come down throughout the morning and help out, your help will be appreciated.

We then have two friendlies later in the day.

A development squad will go to Hornsea Town for a 2pm kick off, before we make our first trip to Grimsby Borough’s new facility Lucarly’s which kicks off at 3pm.

I’ve heard good things about Lucarly’s and am looking forward to my first visit there, it will also be my first game in over a fortnight, much down to my less then favourable feelings towards pre-season!

Grimsby Borough are a club that have taken massive strides forward in the last two seasons, and have been extremely unlucky not to be promoted on either occasion, losing in the last two play-off finals.

They are well run, and although only a friendly, it would be nice to stick a friendly one over on Simon Harris, someone who I know from my time with Brigg Town, who is involved down there.

The lads had another run-out last night, and head into the weekend with a fresh confidence. 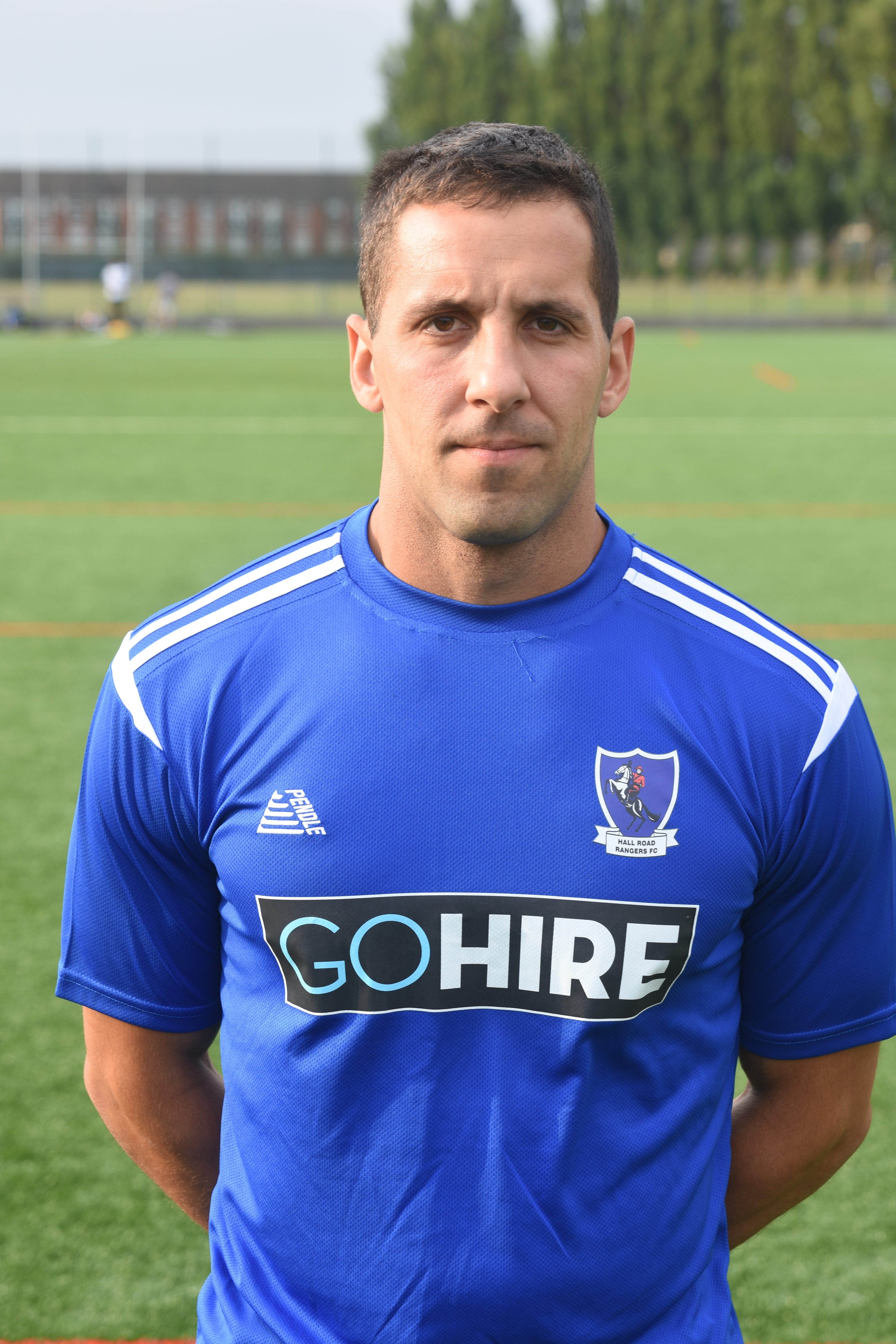 The 6-1 win over Reckitts gave everybody a boost, none more so then for the undoubtedly talented Reggi Waud who bagged four goals, and alongside Fraser Hansen and new signings Luke Salas and Martin Jones who are all looking extremely promising, as they form the ‘Fantastic Four’.

Indeed the spine of our side I think is extremely strong also with Rhys Vazquez and Conner Harman in midfield.

Someone who has stood out for me though in pre-season is Leon Smith (right) who missed the run-in last season through injury.

He’s looked sharp in games and been working hard at training, and with the likes of Alex Stock to come back into the side, we could see an interesting rivalry develop, while defensively of course we’ve got Dane Mortimer, Sam O’Malley and skipper Jacob Norburn who are vying for the centre-half positions.

We’ve also got good wide players in Jordan Clark, whilst Brad Needham is a name with some people that keeps cropping up in conversation as lads that have impressed in pre-season.

So it is all beginning to come together on the pitch with the opening game just over two weeks away.

Our matchday coverage, particuarly on social media, will start to show signs of what I expect it to look like for the coming season.

They are a number of different graphics flying around, including a new pre-match team line-up, as well as goal cards, half-time and full-time score graphics, and everything else you could possibly imagine in between!

It’s all about trying to portray the club as best we can, and largely the response to them has been extremely positive, which has made the effort that’s gone into them worthwhile, so if you haven’t already, please do like us on Facebook (Hall Road Rangers Official) or follow us on Twitter (@HRRFC)