HALL Road Rangers go in search of their first win of the season at their NCEL First Division champion predecessors Hemsworth Miners Welfare on Tuesday night.

The opening two games have yielded just one point, however due to differing reasons they may feel they should have got more from their start to the new league season.

Ten days prior to Rangers trip to West Yorkshire, they went down to a Brett Agnew brace at home to the fancied Bridlington Town having spent a large majority of the game with ten men following Josh Batty been sent off. Rangers more then held their own though against Curtis Woodhouse’ side on the opening day of the season.

Last Tuesday saw a slow start at Parkgate, falling behind early on.

Chris Spinks however levelled matters scoring in consecutive matches, and although Hall Road finished the stronger they failed to find the net to notch all three points.

Rangers boss Dave Ricardo expects another tough fixture against the side they followed as NCEL First Division champions as he paid respect to their efforts over the past two years.

He said “It is going to be a tough battle against a side who for me were one of the best sides I have seen promoted from Division One a couple of years ago.

Their season last year in the Premier shows what a tough league the one we are in is.” the Rangers supremo commented following their 9th placed finish last term.

With holidays and unavailability proving an issue in the opening games of the season Ricardo admitted he also needs his strongest squad available for each game.

“You need your strongest squad out week in week out, be lucky with injuries and suspensions to compete and be able to pull players in when required.” Ricardo insisted.

“Tuesday night we will be close to full strength with only Danny Chambers away until early September so I am confident we can get the three points.

We trained on Saturday on a number of areas that will be key as we were not in action, and I will be looking to the lads to be able to play their passing game and look to enjoy it and be confident.

We had them watched against Garforth on Saturday, however I was already fully aware of the threat they bring to the table especially in the attacking third.” 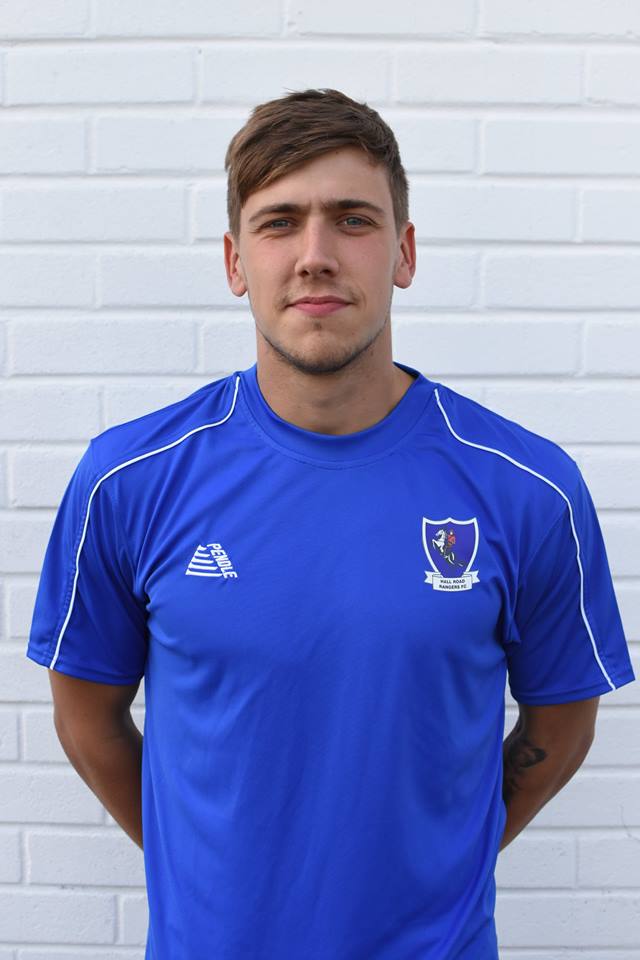 Rangers will be without Josh Batty (pictured above), who’s three match suspension for his red-card in that opening day defeat against Bridlington is now ready to be served, ruling him out of Tuesday night, the visit of Harrogate Railway at the weekend, and the upcoming trip to neighbours Barton on September 2.

A maximum points haul on Tuesday night will not only represent Rangers first win of the season it will also see them record their first away win at Hemsworth in three attempts, having drawn once and lost twice.