Trio to return for Hall Road against ‘improving’ Parkgate

Trio to return for Hall Road against ‘improving’ Parkgate

Hall Road are looking to bounce back in the league after a 2-0 defeat at Rainworth Miners Welfare on Tuesday night. Their own home form in particular needs improving after three defeats in the last three games at Haworth Park in all competitions. The 5-1 defeat against Athersley Recreation was a stark reminder that every game is a tough one and Rangers will want to ensure that they don’t slip up yet again against lowly opposition.

The Steelmen haven’t fared that well away from home so far this season as they have lost 7 of their 9 away games in the NCEL Premier Division, something that Hall Road can use to their advantage but it must be made to count. Parkgate’s manager Billy Fox will hope to see an improvement from his side on their travels but it will be a tough task from their point of view to turn over Hall Road on their home ground. However, The Steelmen can take inspiration from Liversedge and Athersley Recreation as both of these sides went to Haworth Park and deservedly came away with all three points.

On the contrary, Rangers boss Bill Gill will want his squad of players to turn around their recently poor form at Haworth Park as it is crucial in consolidating the top half league position that they desire. The main feature of the problems that Hall Road have previously faced at home is that they need to take their chances when they come, Bill Gill knows this has been an issue and he will be keen to address it before this Saturday’s game.

This will be the first of two successive home games for Hall Road Rangers as Hemsworth Miners Welfare will be visiting Haworth Park in over a weeks time. It is a great opportunity to get some more points on the board as Christmas continues to get closer. It won’t be an easy task though and this will ultimately be stressed by Bill Gill to his players and it will be down to them to give him the performances that they are more than capable of providing.

View from the dugout – by Bill Gill 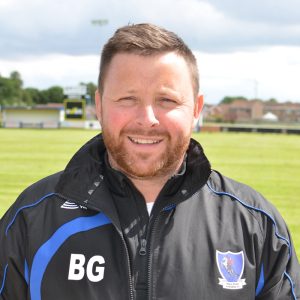 “Saturday we look forward to having James Piercy, Chris Spinks and Jack Griffin added back to our squad for the visit of Parkgate.

After a bad day at the office mid-week we need to focus on the job in hand and aim for three points at home against a much improved Parkgate.

They had a great result last week against Hemsworth (2-2) and they are trying to pick up as many points as possible to improve on their past results under a different management setup.

The game will be about taking chances again and I also believe the team that wants it the most, will gain their rewards and that will hopefully be our lads.”