With Hall Road in between fixtures we caught up with Rangers full back James Whittingham to conduct the latest Rangers Revealer.

Having received a bit of a bashing in previous editions from some of his team-mates ‘Witty’ was all too keen to return the favour!

So at the request of Vice Chairman Lee Myers, here is what the P Diddy jacket wearing, prank playing defender had to say.

It is also worth noting that no kitchen assistants were harmed during the interview process!

Q1. First up, what has been your most embarrassing moment at any level of football you’ve played?

“It was my debut at Bridlington Town.

Mary the cook was bringing out some food to people in the box, I went to go and clear the ball, but smashed the tray straight out of her hand!

Sausage and chips everywhere! Didn’t go down too well!”

Q2.  What is your proudest achievement within football to date?

“My proudest moment has got to be winning the league with the lads on the last game of last season.

The scenes afterwards and the memorable night out afterwards.

Something that will stick with me forever.” 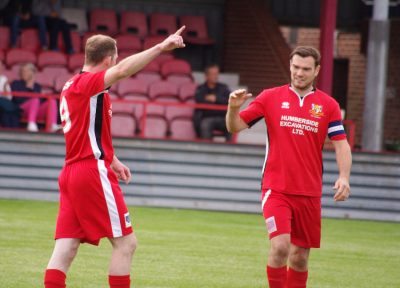 Q3. Who is the best player you have ever played in the same team with, and why?

He’s a great lad and he took all the young ones including myself under his wing and no matter what team he was against he bossed the middle of the park.

Also feel I have to give a little shout out to Ash Dexter who is probably the best centre half I’ve had next to me too.”

Q4. What was your first impressions when you joined the club?

“My first impressions were a bit of an odd one to be honest.

I went to watch the lads away at Grimsby Borough which we lost 5-2.

It was definitely a day to forget especially for Phil Dobson as the lads lost the game especially with Dobbo giving them a helping hand in a couple.

But I stuck with it and so far it has by far proven it was a good decision to make.” 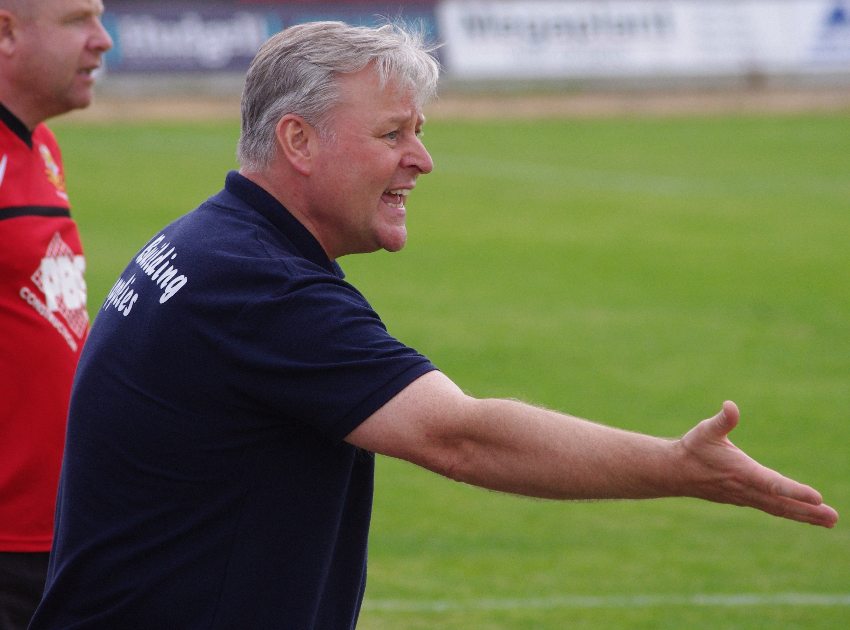 Q5. Who has been the biggest influence on your career?

“I’d probably say my Dad, he supported me from a very early age travelling home and away and taking me to games, and he still comes to watch me now.

In terms of in a dressing room sense, it would be Gary Allanson (pictured) when he was Bridlington Town manager, he gave me a chance at this level a few years ago and it helped to bring me on massively as a player.”

Q6. Now to dish the dirt on some of your team-mates, who never buys a round in the bar after a game?

“A lot of the lads have said and continue to say Benno (Tom Bennett) but he looks after me to be fair, so I have got to go with Conner Harman, always conveniently ‘forgets’ his wallet on game day.”

Q7. Who do you try and avoid when around the team?

I’ve had better conversations with the people that had passed away at my old job.”

Q8. Who has the best banter at the club?

“The best for banter is probably Josh Batty.

He loves giving it out, sadly though when you turn it on to him it’s a different story, almost brings the tears out.”

Q9. Everyone seems to be attaching you to this next one, but who takes the longest in the shower?

“The lads have put my name forward for this one recently, new boy James Hitchcock is doing his best to try and take that away from me at the moment though.”

Q10. Who has the worst dress sense at the club?

Tom Bennett likes to borrow peoples clothes and when he brings his own, it ain’t pretty!

Fraser Hansen is a contender too, never wears his club tracksuit and his alternate clothing looks like his pyjamas.”

Q11. Who likes a good whine and a moan at the club?

“I hear a few whinging actually, whether it be Sam Belcher complaining about the temperature in changing room.

Josh Batty about having to travel a couple of miles to training.

And Gaz Owen complains about anything and everything.”